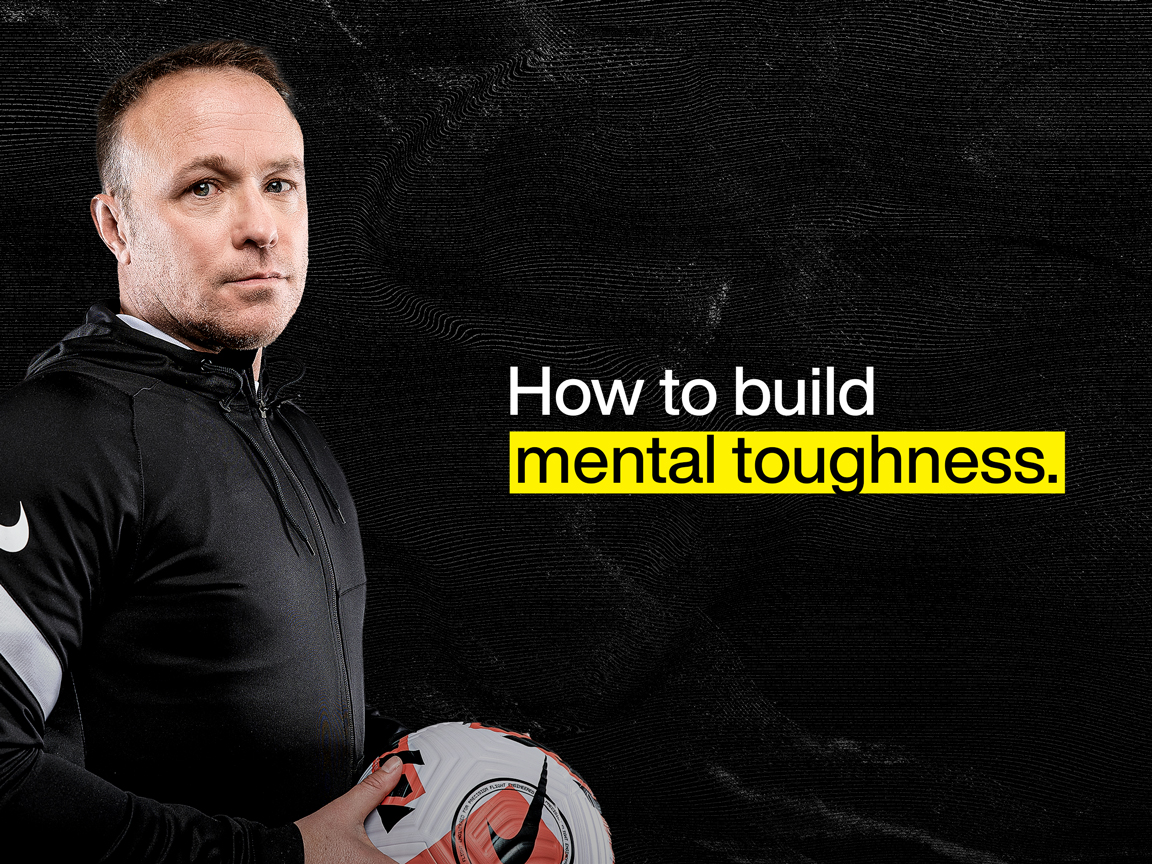 Mental toughness is a vital skill to have in order to reach the next level in any sport. At Versus, we believe that training your mind is equally important as training your body. An athlete can be naturally talented, physically gifted, and receive top-tier training, but if they are unable to control their mind, they may experience limited success.

The good news is that everyone has the ability to train their mind. You don’t need to be genetically-gifted to hone this skill, but you must be dedicated. Developing mental toughness will give you a huge advantage over competitors who haven’t mastered this key skill.

Tom Brady, one of the greatest NFL players of all time, credits a large part of his success and longevity to utilizing mental coaching since his college career at The University of Michigan.

After consultation from several notable sports psychologists, Versus is here to help. We partnered with some of the biggest names in sports to develop training sessions on everything you need to know about mindset, and how to use your mind to your advantage.

Signing up at Versus.co will not only give you an overview of Copeland-Smith’s strategies to becoming mentally tough you’ll also gain access to tons of other content as well as hearing one particular inspirational success story from one of his favorite players.

What is Mental Toughness?

Soccer can be brutal. Maybe you had a bad play, gave the ball away, or scored an own goal. Following these kinds of challenges, you may feel as though a wall of adversity has come in front of you. But if you’re mentally tough, you’ll have a way to immediately smash through that wall, and get on with your game.

A mentally tough player does not let things like this affect them. Instead, they learn from the negatives and use them as motivation. In this article, Copeland-Smith focuses on three techniques to develop a winning mindset- micro goals, the 3 second rule, and the “give me the ball” method.

Copeland-Smith uses his “micro goals” strategy while training players as young as eight years old. Accomplishing micro goals should translate to success in long-term goals. Micro goals can be something as small as attempting a new skill at practice three or four times, or dedicating that practice to focus on one skill that needs improvement.

Copeland-Smith is a strong believer in his micro goal method and requires every player to write out their micro goals prior to the training session.

“And with a few players, I have them write it on a piece of paper and put it in their sock, so they can physically feel that goal,” Copeland-Smith says.

This practice helps players focus on something to achieve during that particular practice. Rather than doing what everyone else is doing, players can focus on a very small aspect of those long-term goals that they aim to achieve. In short, micro goals are the building blocks for long-term goals.

Copeland-Smith is an expert in individual training. So when game day comes around, he doesn’t want players’ micro goals to be based on an outcome like scoring a goal, or getting an assist. Instead, he believes that every player’s micro goals should be individually based.

The micro goal method subconsciously aids toward developing mental toughness. If you lack mental toughness and take a bad first touch on the ball, you can start to spiral - if you’re mind is not right.

However, if you’re focused on a goal like making sure all of your touches are into space, and you miss one out of twenty, you’re no longer hung up on that one bad touch. By breaking your practices and games into micro goals, you can be more focused and ultimately achieve more.

In sports, you will make mistakes. This is inevitable. How you handle this situation is up to you. The most successful players are able to move on and make up for it. Copeland-Smith himself used to struggle with overcoming mistakes.

“When I was a youth player – if I made a mistake – I was done,” he says. “I didn’t want the ball anymore. I would hide from the ball because I no longer believed in myself. I thought that everybody was looking at me like I wasn’t very good.”

Copeland-Smith used his own experience to create the “3 Second Rule,” a great method for teaching players how to learn from mistakes and move on.

After a mistake is made, David encourages his players to give themselves three seconds to fix what happened in their head by visualizing, get over it, forget about it, and move on with the game. The 3 Second Rule helps players reach peak performance.

“Give Me The Ball”

Copeland-Smith’s third technique aimed toward acquiring mental toughness is the “Give Me The Ball” method. Players tend to love this method due to the simplicity of it. After you make a mistake and start saying out loud, “give me the ball.” And get the ball back so you can make a play, whether it be a pass or a shot, want the ball back.

Players should start showing that they want the ball and attempt to go get that ball back. Chances are, you will get the ball and pass it off. The negativity in your head is now completely gone because you have made up for your mistake.

While training Kristie Mewis, Copeland-Smith was able to first-handedly experience one of the greatest comeback stories of all time.

Mewis achieved her ultimate goal in 2014, playing for the U.S. Women’s National Team. However, she was cut the very next year. She still played professionally, yet deep in her psyche, she was determined to wear the U.S. crest on her jersey again.

There were rumors that she was going to make the national team again – which was virtually unheard of at the time – because being cut from such an elite team usually meant the end of that road. Coupled with that challenge, she tore her ACL during her successful 2018 season playing for the Houston Dash. Copeland-Smith recalls telling her to “Take a week and be upset,” while in his mind he was thinking more like a month.

Three days later, he received a text message from Mewis reading, “Alright I’m over it, what are we doing?”

Soon after, she was called in to a USWNT talent identification training camp set for December 2019. She began rehabbing and training with the goal of becoming a better player than she was prior to the injury. Mewis’ mentality was that she had to be on that team again, and she would.

In 2019, she made her return to the field with the Dash about three weeks shy of the one-year mark of her injury.

Following the 2019 NWSL season, Mewis received her first USWNT call-up since 2014. Not only did she come back- but she came back better, stronger, more intense, more confident, and mentally tougher. She looked like a completely different player in the best possible way. Today, Mewis is still playing on the USWNT, and thriving. Since re-establishing herself on the team, she has more than doubled the number of caps she got in her previous run with the team in 2014.

These days, everything we do involves instant gratification.

This expectation makes being mentally tough, a little bit tougher.

“Anything worth achieving in life delays gratification,” he says. “So you have to work for it, you have to plan it out and you have to execute.”

If you want to go deeper on soccer technique and skills and what it takes to have a winning mindset, head over to Versus and check out our Game Plans. Any of our packages will get you access to David’s lessons, plus tons of other training sessions, interactive content, and more.