How to Battle Fear & Anxiety 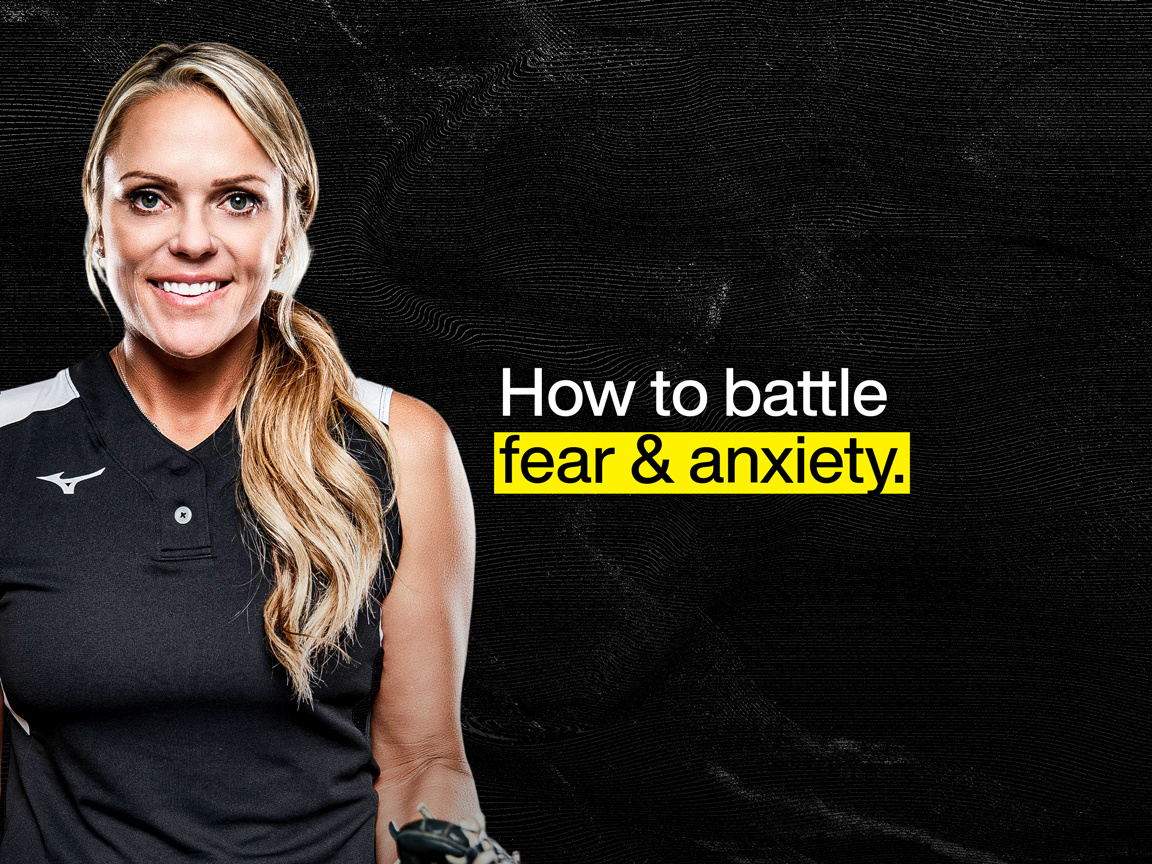 Athletes have a unique relationship with fear and anxiety.

While most would say that we don’t enjoy fear and anxiety—to some degree, they largely seek it out.

Choosing to compete in sports means intentionally deciding to put yourself in situations where fear and anxiety will be frequently experienced.

Early in a career, some athletes think it will all simply go away. That they will somehow get so used to competing or reach such a high level that these challenges just go away. Unfortunately, that's rarely how it works out.

The more likely scenario is that as they progress, athletes learn better strategies to deal with fear and anxiety. It becomes less and less a factor in their daily experience—not because it goes away—but because they get better at managing it both inside and outside of competition.

In many ways, battling fear and anxiety is a foundational skill that determines how far an athlete could go over the course of their career. Some can get to a reasonably high level of competition without winning the battle, but they rarely last.

Athletes that get to the top and stay there, have one thing in common: they know how to go to war against fear and anxiety—and come out on top.

One athlete who has well and truly earned her stripes in the battle against fear and anxiety, is two-time Olympian and softball veteran, Jennie Finch.

Jennie is a legend in the softball world and an incredible role model for anyone—particularly young and female athletes.

Finch competed at a high level throughout her childhood and teenage years, then went on to dominate college softball for years.

Throughout her softball career, Finch racked up some seriously impressive accomplishments, including:

Finch became known for bravely busting the stereotype that softball players couldn’t be feminine. She unapologetically rocked glitter headbands, hot-pink bats, and hair ribbons on the field, paving the way for future athletes who wanted to do the same.

Since retiring in 2010, Finch has dedicated herself to supporting the next generation of athletes. She runs a softball academy with training camps across the nation, is a spokesperson and ambassador for young athletes, plus has touched countless lives with her book, Throw Like a Girl.

When we were coming up with a list of athletes to ask for advice on battling fear and anxiety, Jennie Finch was top of the list. We were lucky enough to secure an exclusive video interview with her on this topic, plus several others that are available on the Versus website and app.

Finch’s 5 top tools for battling fear and anxiety are covered below. She goes into a lot more detail in the video, though. So if you enjoy this, make sure to head over to Versus or download the app to find out more.

Always Be in the Moment

Fear and anxiety often stem from thinking too far ahead and imagining what may or may not take place. Finch reminds us that “as athletes, we tend to always go to the end result. We can be in the first innings, but already thinking about winning or losing.”

That's a recipe not just for fear and anxiety, but also for poor performance on the day. If you’re consumed with what might go right or wrong, there’s no way you can give your all to the game.

To manage this issue, Finch recommends constantly coming back to the fact that sports are played one pitch, one play, and one race at a time. In her words;

“It’s not 7 innings. It’s not a state championship or national title. It’s one pitch. We can all handle one pitch.”

Finch tells an interesting story about her first experiences with reviewing film and scouting reports of opponents. While this is often recommended to build confidence, she reported the opposite.

“All I did was get on the mound and see them [the opponent] hitting home runs,” Finch states. She realized she had to shift her attention from her opponent’s strengths to her own. She recognized that her strengths could overpower her opponents, but only if she intentionally cultivated this mindset.

Surround Yourself With Positive Voices

Early on in the video, Finch calls fear and anxiety, “That negative voice in my head”. Something we can all no doubt relate to. Later, she makes the point that it’s not just our own voice that's important: those around us matter as well.

Finch explains that words are powerful. “They’re going to infiltrate who you are and what you believe in—what you're thinking. So make sure those voices that you keep close are filling you with positive affirmation.”

How can we learn to do that?

Finch urges us to think good thoughts. Empowering thoughts like, “I will get a hit.” “I will strike her out.” “ I will dominate.” “I can…”. These will help to drown out the negative voice inside your head and any other negativity that gets thrown your way.

Your Mind Is Your Most Powerful Tool

Ok, so we’ve got the benefit of referring to another of our interviews with Finch to help highlight the significance of this point.

In her video on setting goals, Finch explains how when she was 14 years old, a coach told her that she could make it to the Olympics. She internalized this belief and used it to strengthen her resolve and motivation.

In contrast, in the video on battling fear and anxiety, Finch tells the story of a coach who said she was not a championship pitcher  when she was just 12 years old. She rejected this statement and instead used it as motivation to prove the coach wrong.

“Your mind is your most powerful tool—and you own it”.

You get to choose how to interpret what people say. Don’t give your power over to someone else that might not have your best interests at heart, or even know you at all. Keep that power to yourself, and use it!

Find Strength in Your Team

Sometimes, no matter how hard you try to manage it yourself, fear and anxiety in sports (and life) just become too overwhelming. In these situations, Finch recommends finding strength in your team. “For me personally, that’s why I love being part of a team,” she states. “They are going to hold you up when you can’t hold yourself up.”

Whatever teams you are a part of—sports, family, community—remember that they can be an incredible source of strength.

All Part of the Game

There’s no way we could do a better job than Jennie Finch of rounding out how to battle fear and anxiety, so we're just going to include her closing comments from the video as is.

“I’ve been so fortunate to be around the best of the best. The best in the world. The best to ever play the game." And we all struggle. We all have fears. We all have insecurities. It’s a matter of walking in it. Declaring it. Walking through it. And being refined by that fire. We are better and stronger because of it. We didn’t use it as an excuse."

Fear and doubt—it's part of the game. It’s part of life.

We hope you’ve enjoyed this write-up of our exclusive video interview with Jennie Finch. To see the original video, plus more with Jennie and other elite athletes, please visit the Versus website or download the app to sign up.