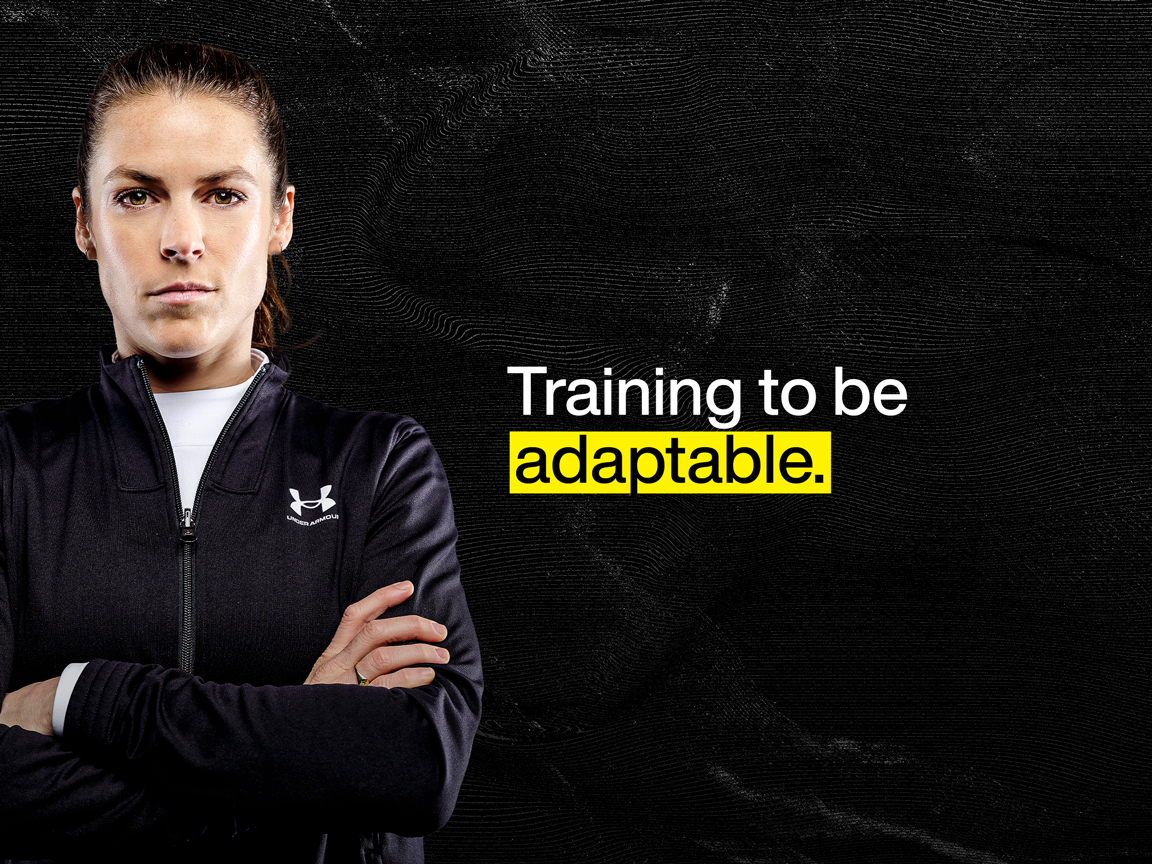 Kelley O’Hara teaches how to change and adapt to reach your full potential both on and off the field.

Learning to be an adaptable player can take your game to the next level. When you choose to compete in sports, it’s inevitable to find yourself in situations that feature new changes, setbacks or failures. But how you choose to handle these shifting dynamics is the key to whether or not you’ll experience success or not.

Sure, you can throw in the towel and quit - but no one who’d be reading this article would take this easy way out. Conversely, you can adapt and figure out how to use these situations to better yourself as a player.

Here’s a quick example: As a redshirt freshman, Tennessee Titan’s quarterback Ryan Tannehill, battled for the spot of starting quarterback at Texas A&M. Following fall camp, he was the ultimate team player, making the switch from quarterback to wide receiver. At the time, this was the right move for the Aggies. As a receiver, Tannehill led the team and set freshman records in receptions and receiving yards.

During the middle of Tannehill's junior year, he won the job of starting quarterback. In his first debut as starting quarterback, he set a school-record of 449 yards and four touchdowns, completing 36-of-50 passes. Being able to adapt to these changes led Tannehill to be drafted by the Miami Dolphins in 2012, and experience continued success throughout his professional career.

A great teammate will do whatever it takes to adapt to any change that needs to be made for the betterment of their team. Versus sat down with soccer star, Kelley O’Hara, in an exclusive video interview to discuss her experience with adapting to change.

To get the full experience and dive deeper into how Kelley trains her body and her mind to be a champion, you’ll want to sign up at Versus.co

One Star’s Adjustments to Change

Kelley O’Hara is a great example of an athlete who adapted and overcame change, which made her a better soccer player in the long run. But playing forward all of her life, and excelling at the position in her collegiate run at Stanford, O’Hara never imagined changing positions.

In 2011, she made the United States World Cup team as an alternate player, and was later moved to the roster due to an injured player. O’Hara only received 15 minutes of playing time, and admitted she could have performed better. After this performance, she believed she had blown her chance with the United States Women’s National Team.

But after a long discussion with one of her USWNT coaches, Kelley realized that she had one shot at possibly making the Olympic team. She would have to make the switch from forward to outside back, a position she had never played previously.

More recap of her expertise on adapting to change is explained below. If you want to watch the exclusive video interview or hear more from O’Hara and many other athletes, visit the Versus app or website to sign up.

An adaptable player is a more complete player.

“If you can play many different positions, you’re going to be one of the best players on the field, no matter where they put you,” O’Hara says.

Often in sports, changes are necessary for the overall improvement of the team. While these changes may not be your choice or even what you believe to be in your best interests, many times they present a new opportunity to improve your skills, develop new ones and mold yourself into a more versatile player.

Sometimes, playing multiple positions can make you a more knowledgeable, confident and overall better player in your sport – not just on a soccer pitch. At Versus.co, we believe this has everything to do with mindset. By accepting things will change and embracing those associated challenges, you have the opportunity to grow stronger mentally and from a performance standpoint.

For O’Hara, it was not her first choice to make the switch from offense to defense, but she soon realized that this opportunity was the best option for her. Kelley soon became one of the greatest players of all time by taking a leap of faith and adapting.

But making the transition from forward to outside back, and being able to perform it well enough for the most elite team in the country, did not come easily. Accepting this decision eight months prior to Olympic tryouts, meant she got to work harder. But first, she had to learn the mindset of the position, and then later, how to execute at that position.

One of O’Hara’s biggest pieces of advice to improve your game is to visualize yourself during game scenarios and performing the associated duties at each step flawlessly. This practice can be applied in any sport.

A pitcher can visualize a batter walking into the batter’s box, their entire pitching routine from start to finish and visualize themselves striking that batter out. A basketball player can visualize themselves receiving a pass on the wing, setting their feet, taking a shot, following through, and the ball going through the net. And a quarterback can visualize receiving the snap, executing perfect footwork, scanning the field, finding an open receiver and throwing a touchdown pass. Your mind is a powerful tool that should be utilized.

The more reps you put in, both mentally and physically, the more comfortable you will be when performing.

Visualization takes no physical effort or equipment, only time and mental effort. In fact, O’Hara believes that visualization is something that really helped her in making this position change, along with improving her game overall.

If you want to go deeper on visualization in soccer and what it takes to have a winning, adaptable mindset, head over to Versus and check out our Game Plans. Any of our packages will get you access to Kelley O’Hara’s lessons, plus tons of other training sessions, interactive content, and more.